Most Popular Fairs and Festivals Around Oregon 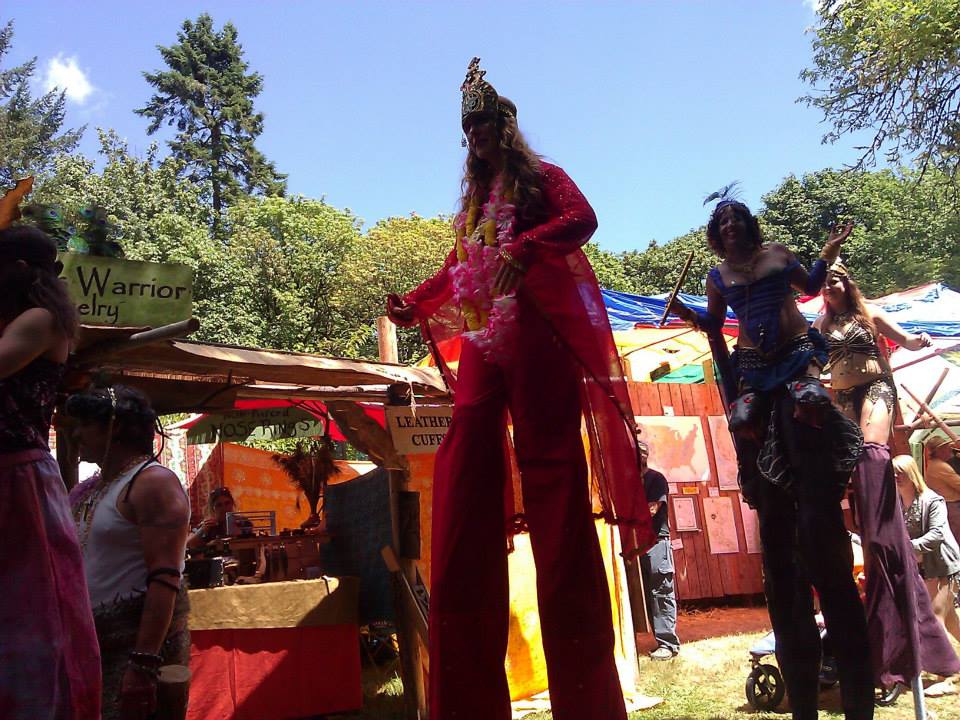 Oregon is a place where everyone can find their own special way of spending leisure time. Communities of all parts of Oregon are known for organizing various amazing and artistic events. Whether you are into music, crafts, beer, beach volleyball, or birdwatching, it is easy to find something that will attract your attention.

We’ve made a shortlist of the most interesting fairs and festivals around the state, with a special note to those who are looking for houses for sale in Monmouth, OR, intending to stay there permanently. It is obviously impossible to note all of the events. Instead, we have selected a few of the most recognized among the fairs to show the true diversity of Oregon.

Located in the town of an unusual name, in the heart of central Oregon, this annual festival is one of the most authentic trademarks of Oregon music life. It is held for three days in September, one weekend after Labor Day. The festival was created to celebrate American roots music, from blues to bluegrass, with the aim to entertain, preserve, and educate.

This large and important event hosts 11 stages, including a 900-seat venue located at the Village Green Park in the downtown area. Besides several concerts, Sister Folk Festival includes several different programs for developing the local music scene. The most famous is the Americana Song Academy, a camp for teaching songwriting, performance, music, and singing.

There are also the Song Academy for Youth for high school students, the Americana Project for the broader community and in collaboration with several other arts organizations, and My Own Two Hands, which is a program for creating and donating pieces of art for supporting the education of the young. Finally, the Winter Concert Series is an appealing, seasonal program, including concerts organized in the local high school, running from January through March.

Sisters got its name after the monumental Three Sisters mountain, volcanic peaks that rise above the town as its magnificent gatekeepers. When the festival is over, it is recommended to stay a little bit more, explore the surroundings, and enjoy the outdoor activities in the area. Those who are interested in houses for sale in Monmouth, OR, and willing to move there, should know that Sisters and its festival are only 126 miles away.

A four-day event is one of the oldest craft beer festivals in the United States. It has been held in downtown Portland, OR annually since 1988, during the last weekend of July. Many have claimed that this festival is considered to be the most popular beer festival in entire North America. Be it true or false, one thing is for sure – Oregon became one of the most influential states of the American beer industry, and the Brewers Festival had a certain impact on that.

Since Portland is only 60 miles away from Monmouth, this event is easily reachable. There are no excuses for not being its regular visitor.

Starting in 1969, this three-day gathering is held every year in the middle of July since then. In the natural setting in Veneta, OR, in the heart of Willamette Valley, close to Eugene, it has become one of the symbols of Oregon. The fair is among the most popular and most visited events in the state, with approximately 45,000 visitors annually. The number of craft and food booths is also impressive, reaching almost 1,000.

Oregon Country Fair offers a wide variety of entertainment, hand-made crafts, food, and culture programs. However, it is most notorious for its environmentally-friendly practices, alternative arts, and performance promotion, including vaudeville and circus programs, various types of dance, recycling services, education in ecology, community building, and many more similar activities.

If you are willing to get involved in this self-sustaining and non-profit festival, try to search for land for sale in Monmouth, OR. It is less than 60 miles away from Veneta and this local gem that celebrates the finest of Oregon’s cultural heritage.

Not all festivals in Oregon have a sophisticated agenda. Sometimes all they need are the mighty ocean, blue sky, and windy beach.

Only one hour drive from Monmouth, on the scenic Pacific coast lies Lincoln City. It holds the Kite Festival twice a year, in summer (June) and autumn (October), on a large beach at the D River State Recreation Site, when an infinite, colorful flock of hundreds of kites covers the sky. They are of different kinds: enormous, small, in various shapes (from dragons to wales), in all colors.

This event is a local family vacation tradition, attracting people from Oregon to gather twice a year to bring children and enjoy watching kites soaring to the sky. The magic is overwhelming for both spectators and participants, children and adults, locals and visitors.

Located in Klamath Basin, more than 200 miles away, may not be the first choice for citizens of Monmouth to visit regularly, but this America’s oldest west coast birding festival is certainly not to be missed for nature and bird lovers.

It is held every year in February, in Klamath Falls. The region is renowned as prime habitat for owls, a variety of waterfowls, including the first waterfowl refuge in the States. However, the festival itself mainly celebrates the massive wintering population of Bald Eagles, the emblem birds of the United States.

Wildlife photographers and birders can enjoy field trips, workshops, presentations, and other activities together, both in Klamath Falls and around Klamath Basin. Non-professionals are also welcome since the variety of programs is adapted for families with children.

Finally, it is impossible not to mention that the city of Monmouth has its own annual festival, held each year for Independence Day in Main Street Park. This event is a good example of a local gathering typical for Oregon communities, celebrating arts in all its forms, from music and theater to dance and crafts, along with the national holiday. There are food stands around the park, as well as handcraft vendors and live entertainment.

The festival includes various programs, as well as the parade. One of the oldest parts of the celebration is the mini-marathon, from City Hall in Monmouth to City Hall in Independence, OR. Aside from the Grand Parade, there is also the Children Mini Parade that runs right before the main event. Children can also enjoy their arts and crafts bazaar.

A tennis tournament, vintage car show, and house decorating contest complement the July 4th Festival in Monmouth, making it the annual local party that embraces each and every member of the local community.

That is why this celebration is an important occasion for the citizens of this town. Be sure to settle everything with your brokers in Monmouth, OR on time, to arrive there just in time for the festival.

RELATED ARTICLE: Fishing in Oregon – The Beaver or the Salmon State?