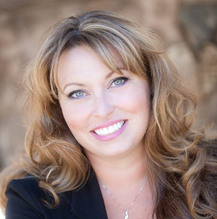 When I was a little girl, dad played the guitar while singing the songs he wrote. At 5 years old, we started singing and recording. We would sing together at church and retirement communities. Later, he taught me to play the guitar. About 30 years later, in 2006, we decided to record a bluegrass album and called it “30 Years in The Makin’.” They were all of dad’s original songs plus one original song I had written titled, “Send Me.” That album became a hit on the Route 66 Radio Station in Dublin, Ireland. People loved the father-daughter duo.

In 2012, I recorded my own country/blues album inspired by my dad titled Mechanic’s Daughter, which played on the air in London and Spain. It didn’t lead to anything big, but I was just happy to have accomplished a dream with my dad. The songs were all my favorite songs that continue inspire my life. Visit www.JerushaLee.com for more information on both albums.

In high school, I was proud to be the German Club President, since that was our heritage. Later in the summer, I went to Germany with a group of students as an exchange student for one month. My host parents only spoke German, so learning the German language and culture became rather easy. We spent a week in Austria as well. I enjoyed it so much that later I went back again and visited my host family.

A huge passion of mine is volunteering overseas in different cultures. My first volunteering experience was in 1995 serving in Kobe, Japan. A group of bible school students and I volunteered with the Red Cross for three months after a devastating earthquake. I worked in a soup kitchen preparing Miso soup for hundreds of homeless people daily. No one in the soup kitchen spoke English, so learning Japanese was essential, and I picked it up quickly. On one occasion, I even translated for Red Cross. The city was demolished, but the people’s resilience was strong. I loved the people of Japan, their culture, and all that I experienced there.

In 2009, I served one month in Ethiopia with a Christian medical team at an extremely bare hospital and in outlying villages. I went back the following year for another month with the same team. We treated hundreds of people daily. We always had lines of people waiting for help. They would walk for days just to get help. Since I could pick up languages quickly, I started learning Oromo and began determining the people’s needs. The ailments were unreal. People really are starving in Africa. Even though they had so little, their daily joy motivated me. Return to my home in America with running water and electricity was very humbling.

I also had the honor to travel to the Brazilian Amazon for a few weeks with the team again. We provided dental care and minor surgical services. Our team slept in hammocks on a boat and sailed the Amazon treating whoever came to the riverside. If we wanted to shower, we swam in the river to get “clean.” It was a quick bath because I could only think about the piranhas and alligators in the water. My job was to set up the triage areas and assist the doctors. The Amazon lifestyle was eye-opening. The people were lucky if they had four walls or a roof in their dwelling on stilts, but their spirits were always high and appreciated all we did for them. They had few possessions, but they were amazingly happy. I absolutely loved being on the river, listening to the jungle sounds, and serving the people. I was finally “Jerusha of the Jungle”…a long dream of mine.

Serving the senior generation has been the cornerstone of my career and my greatest passion. I worked 24 years in the retirement industry holding various corporate positions. My most central goal was to touch the lives of as many seniors as I possibly could. As Director of Marketing, I personally assisted over 2500 senior citizens transition from their homes to retirement communities. As Director of Resident Enrichment, I oversaw the life-enriching, purpose-filled activities of seniors in 350 international retirement communities. My department developed an international volunteering program where 35,000 seniors could join on the same day and serve one particular non-profit organization, such as Habitat for Humanity. I was awarded the International Innovator Award from the International Council on Active Aging. That was a great honor. The seniors taught me to laugh often, not take life so seriously and to love generously because you never know how much time you have with the ones you love. Above all, I learned to make the most of every moment because life is short and the value of listening over being heard.

One senior impacted my life so much that I wrote a song about him. His name was Al Bakke. He had no living family, no kids, was widowed, and felt alone. He always sat with his wife’s urn in front of him. He said he wished he had already passed, had his ashes mixed with hers, and had them spread over the ocean together. I could not imagine how this man could be so lonely and sad. It broke my heart in a million pieces. He was shocked that I started crying and asked me why. I shared that he was alive, right now in front of me, and I couldn’t stand the thought of him gone. When I was leaving, he asked me to leave my tissue on the counter. I asked why, and he said he wanted to keep my tears to remind him when he passes, someone will cry for him. That was it… the song was born. I grabbed my guitar and wrote the music and lyrics to a song, “Send Me.” No one should ever feel that lonely, defeated, afraid and broken.

That song was recorded on both albums. You should have seen Al’s face when he found out a song about him had played all over the world. I even made a video about him. He became an inspiration to thousands to reach out to the lonely and afraid. He said he finally had a legacy! A few years later, he called me and shared he was on hospice with little time left. I booked a flight immediately and got to spend his last days just listening to him share his stories. He just needed a friend. He will never know how much he changed my life forever.

I am a licensed Real Estate Broker certified in serving senior citizens. I chose to work at John L. Scott when I read the company’s motto…. “contributing to the needs of others.” That was my own personal motto! I love our company, office and all the staff. We not only serve our clients with full integrity and transactional excellence, but we serve the community with collecting donations and supporting many non-profit organizations. I could not have asked for a better place to work.

Right after I obtained my license, I took an extra step to expand my license to officially become a certified Senior Real Estate Specialist. I assist senior citizens and their families with selling, buying and downsizing. Ive received multiple recognitions in Real Estate sales such as being in the Top 15% in the nation. I am very proud to serve my seniors well! Home sales is all about serving the clients, and I love every minute of it! It is truly my honor to be by my client’s side as they go through this change and to assist them with every need they encounter during this transition.

I now live on five acres in West Salem with my wonderful husband, Robert, and blessed son, Dylan. It has been an absolute joy slowly building a little hobby farm with lots of animals filled with lots of love, just like I was raised. Now that you know a little more about me and why I am a realtor, I hope that you will call me today at (541) 668-5540 for a personal home visit to share your personal dreams and needs. It is my mission to assist each client in achieving their housing needs and to make the process and transition as smooth and easy as possible with the highest level of honesty and integrity with every transaction. It would be my honor to assist you in finding the next place you call home.

A Senior Real Estate Specialist®, or SRES®is a Realtor® who has received extensive training in helping 50+ home buyers and sellers. They understand the decision to move can be difficult and can help you navigate your choices and want to serve as a resource and guide.

You can count on a Seniors Real Estate Specialist® to guide you through the process of buying or selling your home, making the transaction less stressful and more successful.

You can count on Jerusha Malaer to guide you through the transition making it less stressful, far more successful, and most of all, peaceful.

What People are Saying About Jerusha …

“My husband and I bought our home 40 years ago. I had no idea how to sell our home, especially now that I’m a widow. To my surprise, Jerusha Malaer’s postcard advertisement came to the mailbox at the exact time I was thinking of selling. I called her, and she came to speak with my daughter and me. I was concerned the house needed repairs. I decided to hire an inspector for my home. Several items from electrical to structural were recommended to fix. To my surprise again, Jerusha had trusted referrals. I hired an electrician, contractor, handyman and landscaper to repair the items, and it cost far less than I thought it would. We listed my home and sold in 3 days over asking price! Jerusha then heard of a single-level condo that was not for sale, but the seller was thinking about moving. The seller decided to sell it to me! That was a miracle! Great surprises around every corner. Jerusha made me feel safe as she brought me every document to sign in person, answered my questions, negotiated for me and helped me find just what I wanted. Call Jerusha! She’ll help you, like she helped me.”

I was born and raised in Salem, Oregon. I am the daughter of Jody and LeRoy Barfknecht. We were a family of five kids and lots of animals, including chickens, ducks, horses, mules, and, of course, tons of cats and dogs. Mom was a crisis counselor who taught me to help and love all people no matter their stage or economic status in life. Dad is a beloved mechanic whose business, West Gate Auto, has served the West Salem community for nearly 50 years and is still going strong today. I learned a lot from my dad’s willingness to help those in need and his love for sharing his personal faith with all that came to his shop.